The world has not held up its end of the bargain.

I have combed the newspapers, watched the morning shows and generally tried all I know but the world just hasn’t done its job today. The news isn’t up to its normal weird enough caliber to make it worthy of being discussed.

Oh yah, those guys over in North Korea appointed a 29 year old to be their number two guy. According to a New York Times article that I read early this morning (after the paper finally arrived – getting worse every day around here), this kid has been given the rank of four-star general and a host of political jobs (wonder if he really has to accomplish anything?) as he has dad looking over his shoulder.

Ya gotta be kidding me! This is the best they can do for leadership – a pipsqueak of a 29 year-old? Giving a 29 year-old these duties and responsibilities is somewhat akin to Justin Beaver being placed on the Joint Chiefs or taking over in Afghanistan for Gen. Petraeus; like Bernie Madoff taking control of the New York Stock Exchange; like Kinky Friedman taking over Ford Motor Company or general Motors; or like my brother (computer guru that he is) taking over Microsoft or Google. What will these guys do next? Ya just gotta be kidding me! 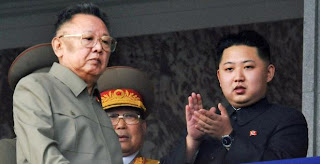 Maummar al-Gaddafi is now in the sights of the revolution spreading through the Middle East and Northern Africa. Kadafi-Gaddafi (whichever it is) has been in power since 1972; that’s a long time. Even the Bahrain regime is now under fire. Until we see more of a trend from the Iran group of non-contents, the entire region remains ripe for it still all to turn south and we’ll be right back in the same fix we have always been. They have to do it; we can’t do it for them. You are right; we have tried; but you must finally realize that we are really not very good at it. Is this guy in need of a good barber? 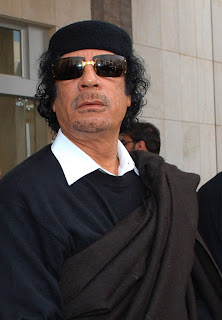 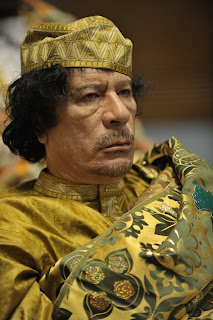 What is the world coming to? Even Ken Jennings and that upstart Brad Rutter got beat by Watson, IBM’s supercomputer. I think somebody was slipping him the answers – probably Vanna White. It’s just not right! 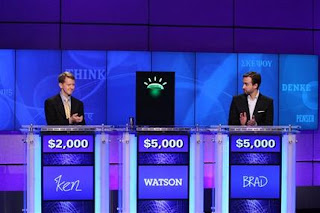 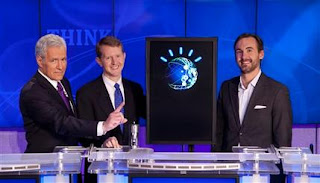 Did ya know that King Tut’s dad was missing – actually it was a statue of Tut’s famous dad that had gone missing from the Cairo Museum during the last couple of weeks. I didn’t know Tut’s dad was missing until I ran across this tit-bit. My first guess was that it was a home invasion; but it looks like the thieves either didn’t know what they had, didn’t like it or just got scared and got rid of it. Seems as though that a sixteen year-old found the statue next to a garbage bin and he and his family returned it to the museum. 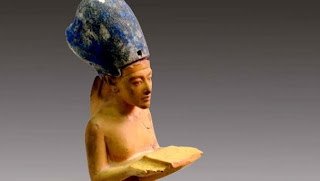 Let us all hope that tomorrow is a better news day.