Texans, boycotting Arizona is absolutely the wrong approach to take. After all, this has been the goal all along. Why else would we have allowed the State Board of Education (SBOE) the opportunity to act as consultants to our sister states? Their work has been extremely successful.

After looking west and our plans so successful, it is time to turn our plans east and send the SBOE to Mississippi, Louisiana, Alabama and Georgia.

The World has gone to Hell!

Watching the grandkids playing in the backyard over the weekend a few days ago, I was amazed at their resourcefulness. During the most recent sojourn to A-Town the rain limited their outside activities quite a bit. They were finally outside in the back in PupLand and up, down, on the slide and swinging own their own at the PupHouse.

The six-year-old (just a month shy of seven) decided to resurrect the Club she had initiated the last trip. We had to run over the secret Hand Shake, two strong glad hand movements and then the thumb to the forehead and four fingers waving in the breeze. They remember the sequence well and are proficient in no time whatsoever.

Then once again, the old argument as to the appropriate name arose. I suggested, as usual, my old standby: The He-Man Woman Hater’s Club. If it’s good enough for Spanky, Alfalfa and the rest of Our Gang, it’s good enough for a run of the mill backyard PupLand club. Well the six year old is having none of that and soundly rejects my suggestion. Mind you, she doesn’t have a better choice, at least not right away. But still I say: The He-Man Woman Hater’s Club and still she insists on having her way, well eventually. Her almost-four-year-old brother doesn’t care one way or the other. He’s still workin’ on the handshake.

The six-year-old again asks my advice on a club name and I repeat my suggestion: The He-Man Woman Hater’s Club and again, as you might expect it is once more vetoed. If she doesn’t want my opinion, she shouldn’t ask. But maybe that’s asking far too much for a six-year-old to undertake. Grand Dad’s just outta get more respect, don’t ja’ think?

Time passes and she, the six-year-old that is, comes to inform me that she has now decided on a name for the club. It turns out the feller getting the glory this time is my pup Gus. The club is to be called The Gus Club. Grand Dad lost out to his own dog, imagine that?

The play continues and I keep somewhat of a watchful eye. They have decided to try swinging from the ladder to the clubhouse. This is a rather unusual feat for them as they aren’t usually that adventuresome. It all works out OK and nobody is snagged on the swing chain that the almost-four-year-old has somehow managed to unravel completely. The last time it took me un-told hours of manipulation to get this deal back in working order. I remove the bad swing seat from the immediate area and the club functions continue.

The next departure from the norm was the assignment of individual secret codes to every member. The six-year-old has to make positive sure, that each of us has our own code and it is scribed on a piece of paper that we are to maintain individually. No one is to know our code. It doesn’t seem to matter that we are all discussing this feature of the game aloud so the entire neighborhood can eavesdrop on our code.

I insist on a three-digit code. I’m old, I tell the six-year-old and cannot remember a string of numbers longer that three. It somehow seems that I am finally granted a waiver and can have a three-digit code. Next up for assignment is the almost-four-year-old. He cannot begin to come up with a code on his own. For some reason it just isn’t in him. The six-year-old tries combination after combination. Every set meets with failure from the four-year-old. Finally, through shear determination the six-year-old and the almost-four-year-old settle on the set: 1-2-3-4. All seems to be right in the world now.

I had removed myself from the immediate area of the Club and was observing the club play from the deck when I was astounded by the new requirement for club membership and activity compliance.

The six-year-old announces to all within earshot that we must now, using our secret code, LOG-IN to secure entrance to the club house.

I tell you the World has gone to Hell in a hand basket! 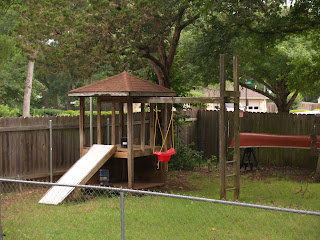 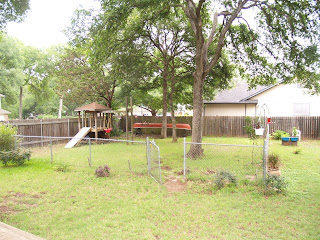 End of an Era drawing near!

Justice John Paul Stevens will retire this summer, but this is not about him, the Supreme Court or the battle that might ensue over his replacement. It’s about the generation that he represents and some of the others like him that are continually departing us daily.

In an editorial published in the St. Louis Post-Dispatch entitled ‘Generation Ends” it was pointed out that John Paul Stevens represents “one of the last World War II veterans in public life, and the only member of the court with military experience.” Stevens was appointed by President Gerald Ford, you remember him, don’t you?

I grew up under the tutelage of those of the Greatest Generation having been in contact everyday of the world with a veteran of that Great War, WWII. There was no escaping that fact. They were everywhere. They no longer are everywhere. Most of them are gone and the rest are departing at a rate that is so disheartening that one tends to not even want to think about it – but nonetheless it is inescapable.

Besides the fact that there were veterans all around us, there were more being created every day and everywhere. The Draft saw to it. Everybody knew someone with military experience or had a close relative currently serving. This remained true through the end of the Vietnam Conflict and the advent of the All Volunteer Army (Services).

Look around you and count up those that you know that have any military service experience of any kind, it doesn’t matter. The number(s) will not be high. You might have to ask others for information. You just might be surprised at the answers you will get. There are sleeper cells of ‘military’ all over. But, most of you will discover the number(s) to be extremely low. We don’t think of it as those who came before us once did.

The experience, no matter the level they served at, is unmatched by the experience of any other group of acquaintances that you might have. They have been put in situations and lived through happenings that are not your everyday experiences and can not be acquired by taking a seminar. Under most any type of ‘pressure’ of everyday life they will prevail – everyday life is not anything to be compared with what they have been up against regardless of their service record. You can bet on it!
Posted by John Howard at 9:38 AM No comments: