I am once again actively engaged in documenting a gaggle of adventures that I used during my career in materials management, primarily in the manufacturing field at numerous sites throughout Texas. These “stories” I used repeatedly during my career to highlight points and as a way to ingest circumstances into a discussion of “what we are trying to do” and how others got into like situations and what took place enabling them to remove themselves from the situation.

I found these stories to be very beneficial to those working for and with me. I used this tactic of storytelling to present like facts and encouraged the discussion of these facts, all the while twisting the events related around until the group finally realized that they were actually discussing our current event and actually had already began developing solutions to remedy the trouble.

Over the years I discovered that those involved in the discussions enjoyed hearing and analyzing the military related stories more than their civilian counterparts. It dawned on me, something I had always known, that everybody likes to play Army even though they won’t go out and join up – they still like to play. I think this is the primary reason that they usually wanted to hear a military related situation as opposed to a civilian.

Bare in mind; the stories that I am gathering have a military setting, but are actually just about people. One could draw a direct relationship between any one of my stories and a civilian operation. The stories, in the Army are called “war stories,” but actually not a one involves war at all. They are support troops doing what support troops do – the exact same things that their civilian counterparts do everyday of the world.

I have passed a great many of them around to get the comments of others and have found most to be favorable. I continue to work at achieving a balance between military and civilian situations – not for my benefit – just to satisfy those nay-sayers that don’t believe the general populous will read a manuscript containing a majority of military references. I disagree as my experience has proven otherwise – but I continue to please.

I have established my goal for completion to be within the next couple of months and then the hard part actually begins. I have really enjoyed the writing effort as it has brought back memories of some real good times and even better acquaintances – some of whom I would really enjoy talking with (read shooting the bull) just one more time. I treasure these guys and will never forget them. They are the individuals that maid me who I am today. Without them, I would (just maybe) be a completely different individual. I’m just guessing here!

Posted by John Howard at 4:35 PM No comments:

I noticed just the other day that some guy named Dave out in El Paso has the trigger finger of Pancho Villa for sale in his pawn shop. Says it’s been there for seven years and they don’t even move it when they clean around the window case it is displayed in. 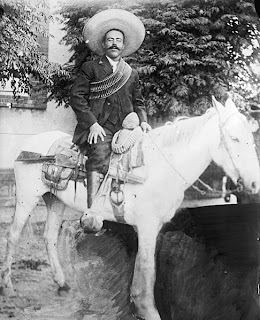 This got me to thinking. Maybe I have some stuff in my superior storage facility that might be worth some cash just like ole Pancho’s index finger – just maybe if the wife hasn’t thrown them out while I had my head turned the other day. I usually try to keep a very close eye on her when she turns to the spring cleaner persona – a real close eye. One just never knows when the exact right opportunity may come along and I just might need that Brownie box camera from the 1940s (earlier maybe) or a pink granite rock core that my Dad and I saved from a job on a missile silo in Wyoming in 1965 – that’s gotta be worth somethin’ to somebody! 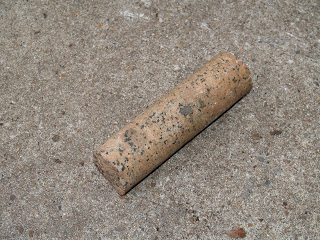 I also have some memories and a story or two concerning the cult hero D. B. Cooper. I’ve discussed what I know with the FBI – at the time they were interested, but who knows anymore? Out there in my garage I have the actual combat boots I was wearing the very day a FBI agent and I observed a prime suspect thought maybe to actually be D. B. Cooper – imagine that. That was just one of the many clandestine operations I participated in – the only one with the FBI by-the-way.

Many of the items I have maintained (maintained being a loosely used term in this case) in storage are connected to my roughnecking days working with my Dad on one of his drilling rigs. I have the occasional rock bit and even a diamond bit used to cut core samples from North Dakota to Texas and Mississippi to Wyoming – well traveled, don’t ya think?. 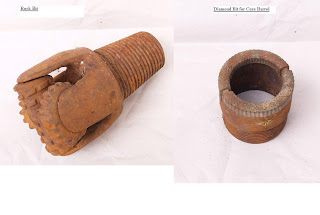 There’s also the wardrobe box that stores my military uniforms – everything from dress blues to dress greens, several kaki and summer weight uniforms, multiple sets of fatigues (un-camo style) and a camouflaged field jacket – the pattern is probably a little dated.

I hesitate to not provide details on the following, but in the time both you and I will allow for this little side track I have determined to just go with as few details as needed to describe the artifacts – you can use your own imagination to supply the rest.

On the wall is a Quetico Provincial Park - Boundary Waters map (Ely, MN and the area surrounding the US and Canadian borders) detailing the 135 mile canoe trip in 1962 taken with an Explorer Scout organization

Steel military filing drawer with contents – stackable, you have to provide the partners – (circa Alaska 1971)

Boy Scout manual (circa 1925) plus many more of later publication

Ahooga horn (ready for install – don’t have the slightest idea when this was manufactured – go here to hear the sound: http://www.assuredautomotiveproducts.com/AHOOGA-Vintage-Replica-Horn-AKA-AOOGA-OOGA-Antique-Sound-ACHRKS-612c.htm

Telephone fishing apparatus (used in swamps of Louisiana in 1930s and 1940s) – also used on neighbor kids every year of my boyhood – we never learned about that jolt! 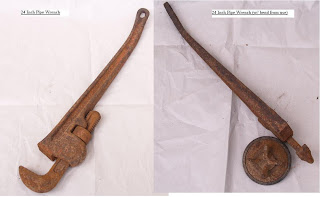 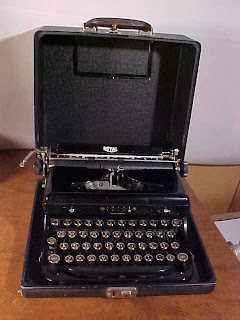 You just gotta know that some of this stuff is worth a lot of money – to somebody. I sitting here ready and waiting on the influx of buyers. Hope they come before the pups and I have our afternoon Graham cracker break – we don’t take any interruptions during that time.