I was watching a recording of the Animal Planet’s “Wild West Alaska” last evening where they told of one of Ken’s acquaintances, an Alaskan Native, that Ken had talked into bringing in a rifle to upgrade and “fix;” all in the hopes of Ken talking Jim, the owner, into tagging along on a buffalo hunt for this young native man to obtain food for a native village feast—but from Ken’s viewpoint, a day off from work.

The episode brought to mind one time at Fort Greely that I had the opportunity to come into contact with the local buffalo herd and how that all worked out.

I had been conducting a staff meeting in my command tent when we heard a ruckus outside. The five of us walked outside to see what was going on and that’s when we saw them. A big portion of the Fort Greely Buffalo Herd had just strolled through our area.

One of my guys, Fitz, came over and said: “Hey LT, one of them was looking inside the vestibule of your tent!”

I was really glad that the visitor had figured out it wasn’t his meeting and decided to stroll on away! 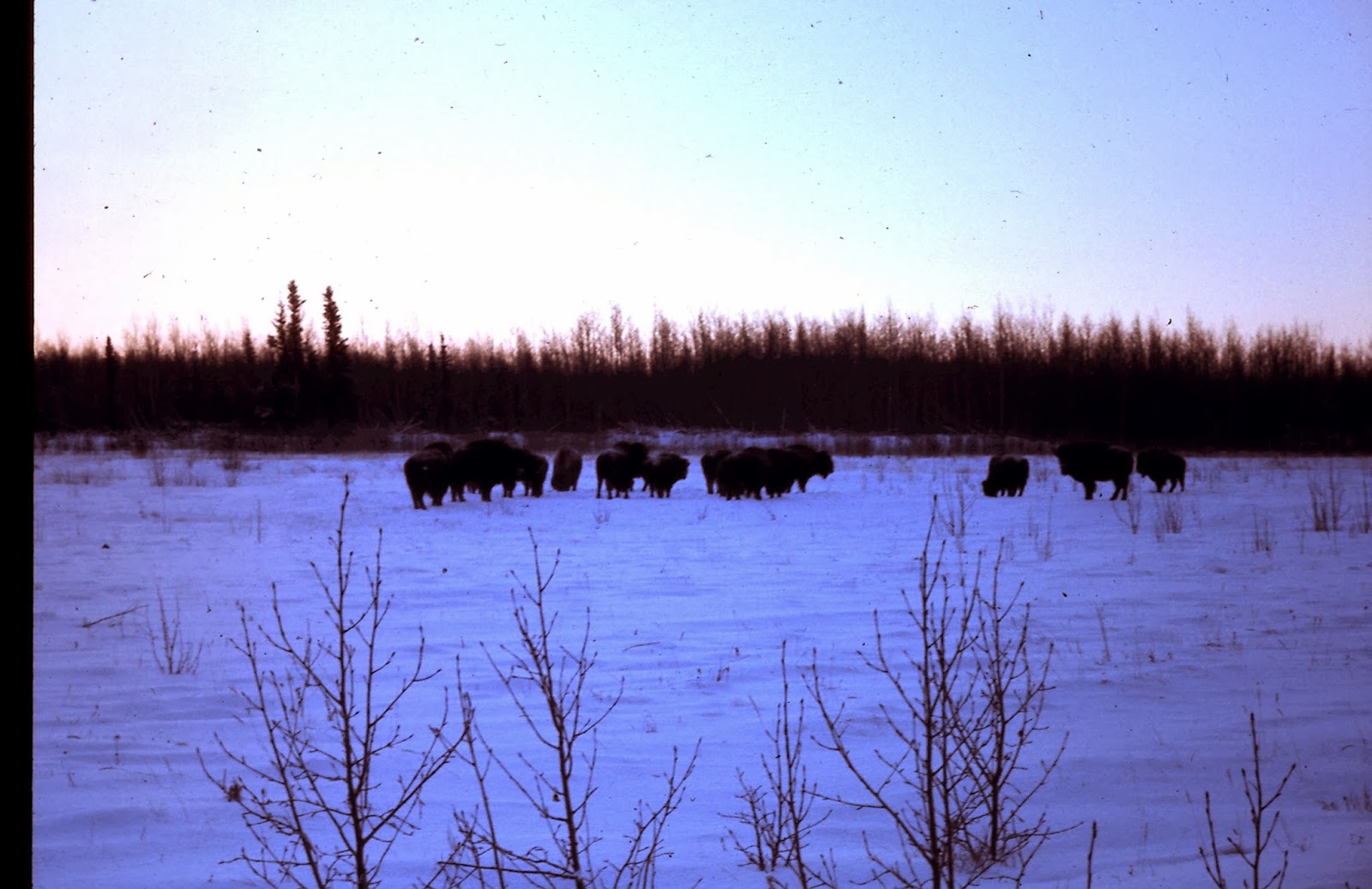 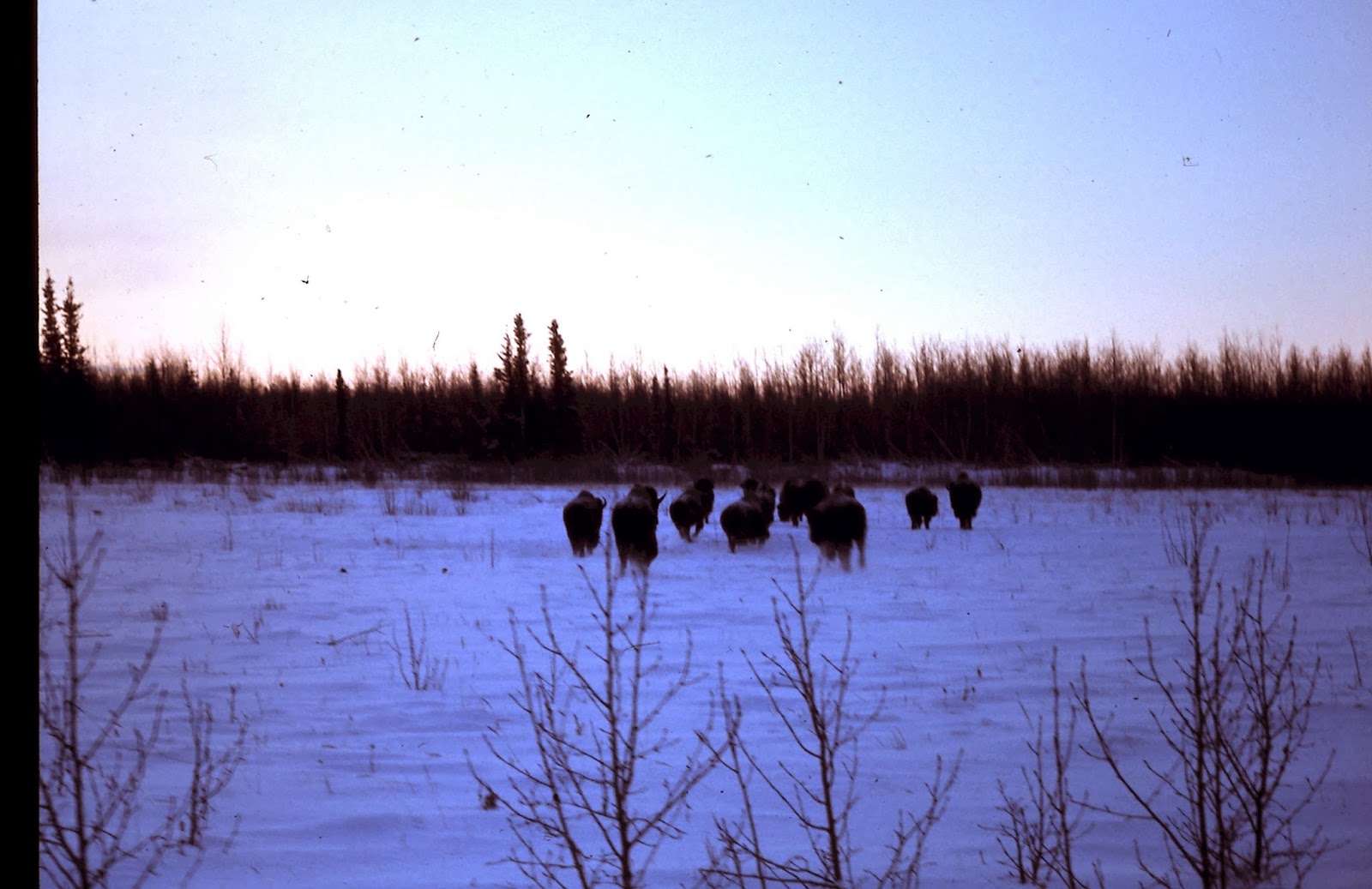 I wish I had taken out my camera when we first walked out of the tent, but getting a picture was the last thing on my mind at the time. I shot these two before they moved out of the area. This took place in February of 1974. The temp was hovering around -60ºF at the time.
Posted by John Howard at 12:37 PM No comments:

Mukluks - More on the subject

It seems like every week since winter started, I have received one or two requests for my copy of the Mukluk making pamphlet that I discussed in the post below "Mukluk Central."

The cold weather must be ratcheting up the interest!

It tickles me to get these and my wife, Patsy, just giggles. She says that I should start charging for them. She's always after that extra buck. I am NOT going to charge for the copies you guys out there request, but I do hope nobody "steels" the document and starts pirating it everywhere.

I picked the pamphlet up at the Alaska State Fair in Palmer, Alaska in 1972.

Over the last couple of years, I have had in excess of thirty (30) requests for the document.

I get them from everywhere. Some even has arrived from Alaska and Canada (just today I received a second request from Canada). I had one the first part of December from a great guy in Belgium.

My new friend Sep Vandeweyer (Belgium) even responded to my request for pictures of his product. He had made a trial run by making a pair for his son. 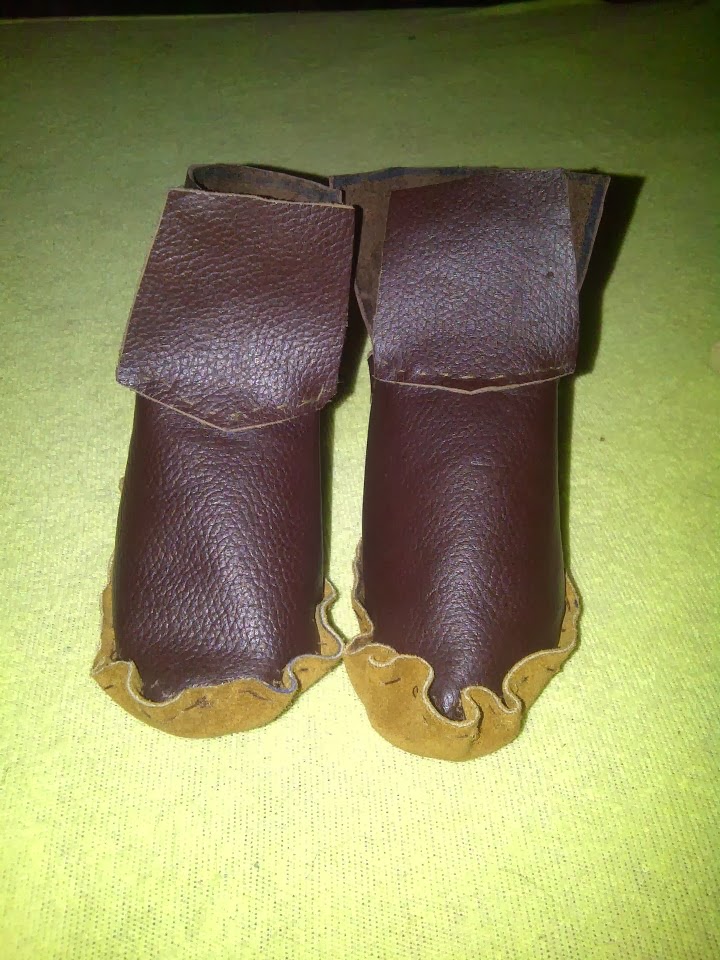 You guys keep asking and I will keep sending it out.