Remembering a past Memorial Day with the Guys

A few years back, the guys and I (that would be my son, Joseph; my grand son, Dilin and my son-in-law, Michael) drove up to northern Arkansas to fish the White River. And fish we did.

I had contacted an outfitter up there and arranged for a couple of boats and guides for a Memorial Day float on the Buffalo River. Upon arrival, we learned that the Buffalo was too low and had to use the White River instead. You recall the White don’t you? That would be the same Whitewater that Hillary and Bill were so famous for being involved in prior to their current gigs. So anyway, the White it was.

Arriving at the outfitters’ station early, we arranged for our licenses and were quickly assigned to our boats: Joseph and Dilin in with Michael and I in the other—each staffed with a guide and a motor. First motorized float I had ever been a part of but the motors came in real handy when fishin’ the holes and staying in place long enough to take real advantage of the swiftly moving river. 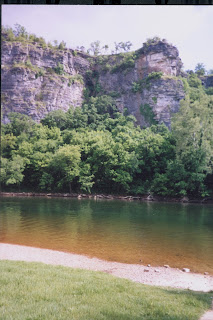 Our primary prey this day was rainbow trout and we were taught by the locals to use a rig of two kernels of corn and a red fireball on a medium sized hook—I’m not kidding you, that’s all it took.

Our stop over the first hole in the river set the theme for the entire day. Michael, Joseph and I each pulled in two or three apiece—all keepers at least 24 to 30 inches long—while the kid managed to drag in six or eight of the same size. Dilin had the advantage of a guide re-baiting and handing him a ready pole just as he boated his current catch. While the rest of us were re-baiting and getting back out to the hole Dilin was fishing constantly. This upset Michael no end—Michael is very competitive when it comes to ANY sporting event.

Practicing catch and release, most of the trout went right back where they had come from. We did manage to put aside one or two here and there just so we would have enough for our shore lunch later.

On to the next hole and more of the same. One right after another; two or three rainbows apiece for the three adults while the kid drug in another eight or ten—Dilin was working the guide in his boat to death.

At every new hole (the guides knew just where they were and pulled us up to a stop with cut-throat precision each and every time) we experienced the same excitement. Casting over the hole and casually letting our line drift back to the exact right spot and taking our chances as our bait passed over the underwater dungeon of a big lunker, sometimes taking the bait and sometimes not. As our line neared our craft, we reeled in and recast for another try—knowing full well that that big trout down there must have been looking the opposite direction when our bait made it’s way past his territory.

Pop, what a hit! You knew instantly that you had a bigun’ and the fight was on. Never lasting more than a minute or two, constant crankin’ and netting was right on queue. Re-bait and recast; time and time again.

Before you knew the time had past, the boats were headed to the bank for our shore dinner. What a feast. The guides must have used a full bucket of Crisco in each Delaware sized skillet. They had one frying onions, one frying potatoes and two each working on trout; all over a campfire the size of East Texas. 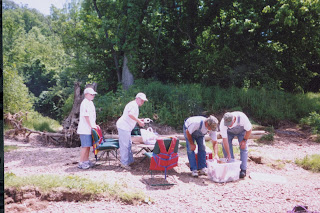 Not one of realized how hungry we were. Man! Did we ever chow down? Why is it that grub tastes so much better when you’re out like this than it does at any other time? I’ve never found it otherwise in my fifty plus years of this sort of activity.

We were stuffed but ready to get back on the river just as soon as we had the gear repacked and the facilities checked out. 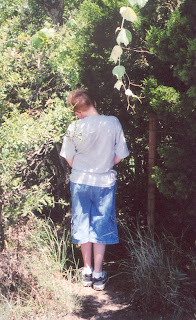 There wasn’t any litter left to clutter the area. Just as soon as we departed the area and were back on the river, Nature’s Clean-up Crew took over our spot and made fast work of what we had left them—always ones to share the bounty. 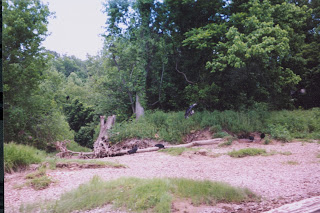 Swapping up rider-ship, Michael fished with Dilin for the afternoon, while Joseph and I manned our boat. The next hole was soon upon us and the very same results were recognized: two, three or four for the adults and six or eight for Dilin. Michael was constantly blabbering about the advantage Dilin had due to the guide favoring the kid and the rest of us having to accomplish our own work. The give-and-take resulted in constant giggles and laughter to Joseph and myself. Ain’t it Great?

As we passed the contested property (Hillary and Bill’s) the guides made sure we knew what we were casting our eyes on—they seemed to enjoy the laugh and discussion as much as we did.

Finally pulling into the pick-up point we each bragged a bit on our day’s totals. Each of us: Joseph, Michael and I had landed 35 to 37 Rainbows of keeper size. Dilin on the other hand had boated over seventy-five keepers. That started Michael off again and he punished Dilin on the ride all the way back to the outfitter’s station and again that evening when we found a place to take our last store-bought Arkansas meal. 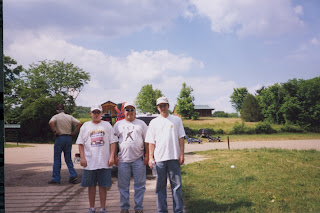 Great way to get away from the crowds on Memorial Day, remember those for whom the day is set aside and have fun with family—can it get any better than a day spent in the pursuit of fish?

This morning I read an article that accused the potty humor industry of going prehistoric when David Wilkinson’s report on the effect that dinosaur burps and farts had on the greenhouse nature of their environment millions of years ago was reviewed. Well, not being one to miss out on an opportunity, I have looked just the slightest into this arena and have the following comments to report.

Look here for the original: http://www.washingtonpost.com/politics/something-in-the-prehistoric-air-that-helped-keep-it-warm-_-methane-from-dinosaur-digestion/2012/05/07/gIQAJX8W8T_story.html

As an aside before we get into the gas released from the burping dinosaurs, I’m would like to state that I’m sure we are all tickled that volcanoes aren’t spewing anyway near the amount of greenhouse gases as they were back in the dino-day.

Chiefly, the article compared the dinosaur volume to be “similar to total atmospheric levels of methane today produced by livestock, farming and industry” and then went so far as to blame our bovine neighbors for the annual production of  “nearly 100 tons a year of methane.”

So, let’s be clear here. Was this the total of “570 million tons of methane” attributed to the dino-era, the yearly dinosaur output of burp-fart gas? It seems a little bit misleading the way the article reads. But, let’s just go with that number as the yearly oops factor of the walking around dinosaurs. The article also lays the heaviest blame on the sauropods—the big guys of the dinosaur lot. To be sure, there was many more dinosaurs walking, burping, and farting around the greenhouse than just the good ole sauropods—let’s just be fare here and spread the blame around, so to say. 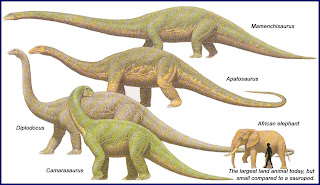 By the way, just who’s job was it to measure the effect of dinosaur gas back then? Just where exactly was Fred Flintstone? How about Mr. Slate—doesn’t he share some complicity here? Maybe Fred’s crane operator position placed him in such a position that he was laughingly-gassed into never-never land and couldn’t get a gauge on the problem. 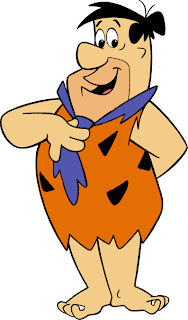 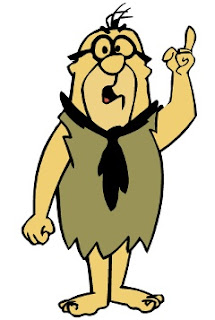 I will grant you that the average dinosaur doesn’t begin to match the size of an Exxon refinery over in the Beaumont area—they don’t even compare. But, having given away the farm here; there were many, many more dinosaurs running around loose, even in the Beaumont area.

The dinosaurs are believed to have inhabited the earth from the span of 200 million to 65 million years ago.  Now I’m just speculating here, but just maybe with all the platonic shifts that has taken place over the millions of years since the dinosaurs disappeared and the strong possibility, let’s just speculate here again, that half the dinosaurs died with a full belly; there’s a whamo lot of dinoburp and dinofart that has been stored underground all this time that just might now being frack’d up as fossil fuel. After all, what makes a better fossil than a dinosaur and is there anything possibly more disgustingly odoriferous that a 65+ million year old dinosaur burp or fart?