According to Roeland van der Marel, we’re doomed. Roeland says that our galaxy, The Milky Way, is gonna collide with the Andromeda Galaxy. http://www.statesman.com/news/nation/cosmic-smashup-predicted-but-earth-will-survive-2384640.html?cxtype=rss_ece_frontpage This news was just made public the other day on the 31st of May. http://www.king5.com/news/Milky-Way-Andromeda-galaxies-headed-for-cosmic-collision--156347205.html So just how long have these guys from the Space Telescope Science Institute in Baltimore been sitting on this? Why weren’t we told earlier? Ya know, it’s gonna take time to get ready. 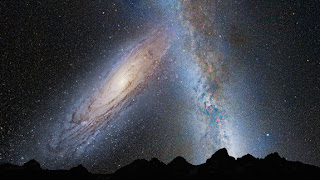 Well, at least our side isn’t to blame. It seems that what they call “the long-anticipated smash-up” has been in the works for some time. Remember that Hubble Space Telescope we have in orbit? Ole Hubble has been gathering data on the predicted collision for some time now. But our scientific buddies have thought all along that the sideways cant to the Andromeda Galaxy’s motion might miss completely or just graze the Milky Way.

Just graze us! What the hell does that mean? If Matt Dillon just grazes you, you’re still shot. I don’t wanna be grazed by a galaxy! You don’t think we could expect any help from Matt, do ya? We just might need it. 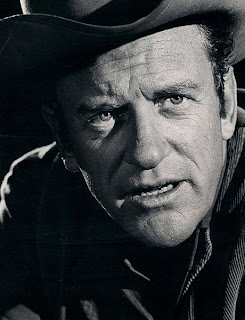 Back to Roeland. He’s kinda a funny gut. His way of alerting us was to state: "This is pretty violent as things go in the universe, It's like a bad car crash in galaxy-land." Is he kidding us—a bad car crash? Give me a break!

I’m not waiting any longer to start getting’ ready. I’m firing off an email to that guy running Spacex—Elon Musk. I wanta know if he has plans for any rockets to be off-Earth at or near the expected collision date. I figure if I’m not attached to the surface, I’m probably better off—just saying, it seams reasonable.

But, I’m not holding my breath and waiting on Spacex to bail me out. I’m thinkin’ bout getting me some saltpeter, charcoal and sulfur and start mixing it up this weekend. Oh, I’ll probably have to horde quite a bit; I figure I gotta stay airborne for some time. I figure the gear I have left over from my Army service in Alaska will be sufficient to keep me warm while airborne; maybe even if I have to go in orbit.

I wonder if there’s room on Air Force One and just how long they can stay up. I’m going with becoming an independent; thinkin’ swing votes will be much more important when the time arrives. Recon who’ll be the President in 4 billion years?
Posted by John Howard at 3:16 PM