Did the article reporting the NO-Pardon for Billy the Kid bring back memories of your miss-spent youth? Boy, it did for me.

Were you a six gun packing hombre that actually was the fastest draw on your block – and maybe several blocks in any direction?

Did you get that Christmas issue of the old Sears & Roebuck catalog and turn down the corners of the pages with STUFF you wanted ole St. Nick to bring you? Did you go back to it everyday and re-look just to make sure you hadn’t missed something that was better than what you had already marked – maybe several times the same day; I know I did? (Notice the cost on the Monopoly game.) 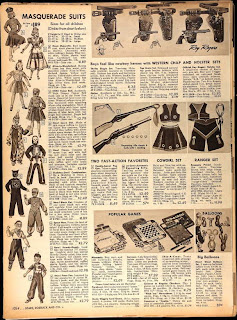 Was there anything that got in the way of your evening viewing pleasure on the seven nights a week that had Cowboy TV shows in the lineup?

Could you ride a stick horse faster and further than anybody on your range (block)? Maybe you even made the transition to the round wheel devices as you aged just a bit – but still packed a six gun on your hip.

I often long for those simpler days of old.

Let me ask you this? Have you ever been to Lincoln County, New Mexico? Well, it’s not hard to find – down there in the south-east part of the state.

Just a few years back, my wife and I spent a time-share week in Ruidoso, just the next county over from Lincoln. I bet you have already guessed where this is going. I just had to see where it all took place.

Our first jaunt after arriving and getting the nightly visit from the local black bear and a good night’s sleep, we were on our way to Lincoln County. The first evidence we came across was a road side marker commemorating the spot where John Henry Tunstall was gunned down. 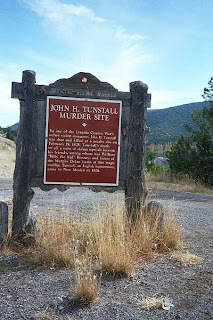 Soon we were in the spot where it all took place. Driving down the main street (the only street by-the-way) you had the feeling you were naked – you had forgot your six shooter – how could any self respecting gun slinger manage to get away from home without his six shooter?

There on the left was the Lincoln County Courthouse and jail. I had to see. We sauntered on in and climbed the steps (bullet holes in the wall marking the exact spot where Billy had missed -one of the few times it must have happened) on our way up to the courtroom where the trial took place. You could feel the lead aflyin’ all around ya! 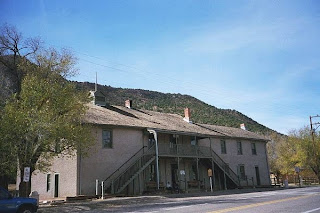 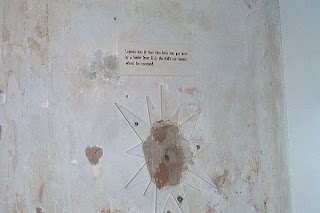 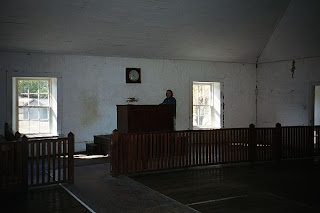 Walking around, we took in the Arsenal, the General Store, a couple of residences – there aren’t many left standing and finally the Church. 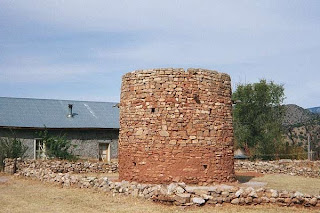 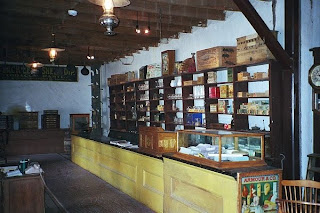 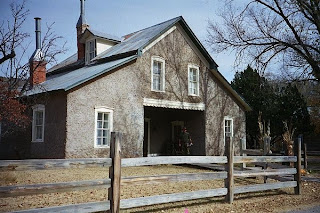 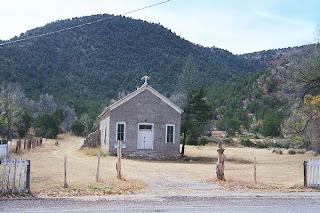 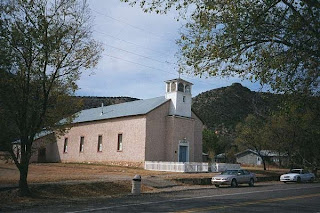 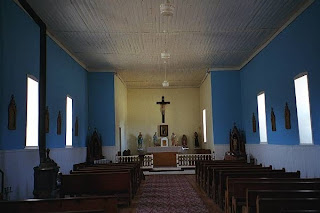 I spent some time diligently lookin’ for misspent lead in the surrounding area – no luck. 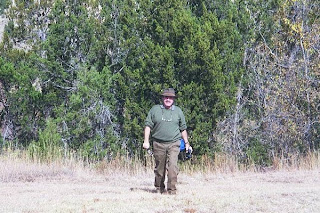 We didn’t miss a thing – at least I didn’t – always on my guard watchin’ for some trigger happy back-shooter. No low down scoundrel was gonna get the drop on me. I just kept wishing I hadn’t left my Fanner 50 back home!

Quick as a hiccup it was over. I was back in modern time, much to my dismay and back on the road to search out Fort Stanton (1855 – 1896) just up the highway. I didn’t need a six shooter there – the Army pulled out a long time ago.