I remember when Chicago picked Don Meredith and then traded him to the new upstart Dallas Cowboys. The year was 1960. I had watched Professional (Fighting) Football several times before – Lou Groza and George Blanda; even John David Crow and Bobby Joe Conrad on the Chicago Cardinals. Those Aggies made the Cardinals my favorite team. Then here comes Dallas and we no longer receive the Cardinal games. What was I gonna do? A little known fact about the Cardinals that many forget: Ken Hall also played running back for the Cardinals in 1959.

Now I was being forced to watch a team that never existed before. Why and how could this happen? These guys didn’t even have a draft pick this year. They got cast-offs from the other teams in the league. Their first draft pick finally came in 1961 with Bob Lilly being taken as the first ever draft pick of the Dallas Cowboys – good pick by the way. 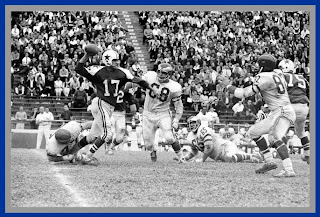 There was nothing else to do but roll with
the flow.

I took a quick liking to the team, although they didn’t do very well. I just couldn’t understand why they didn’t play that guy Meredith guy more than they did. He was always alternating with Eddie LaBaron. 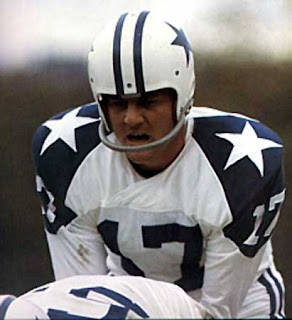 I liked Meredith even though he was a Mustang. He just seemed to be the right guy. He played hard and there was some hard playing those first several years – real hard playing. They didn’t win many; but they were our team.

I can remember watching the Dandy One playing with tape all over his face – broken nose – and a stiff shoulder – broken collar bone. But he played. Some of today’s sissies are in street clothes with these minor injuries. 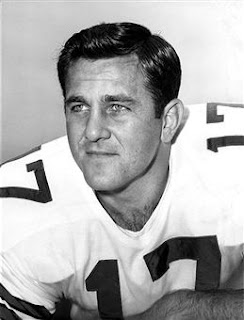 Year after year, the Cowboys hung in there and started to get some real talent – competitive talent. Finally the difference maker – Bullet Bob Hayes – and the game has never been the same. Meredith to Hays and then on the next play – Meredith to Hays. Could football get any better than this. A lesser quarterback would not have made the difference that the Dandy One did. 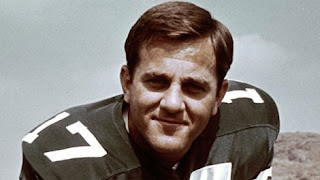 Those that came later: Danny White, Roger Staubach and Troy Aikman owe their fame to the one who started it all – the Dandy One – Don Meredith. You remember him?